Play as Locke Enloade, a defective detective who tries to time manage their work and social life and make it out as a competent member of society! Solve cases via navigating through bullet hell minigames! Find appropiate times to hang out with your peers through their messages on Ribbitter!

In other words, its a SLICE OF LIFE BULLET HELL!! Yes, we combined two extremely niche genres of games into create one Super niche game. If you like bullet hells, visual novels, and loveable gay characters, this is the game for you.

There are three possible endings (minus the Game Over end when you fail to manage both aspects of life) and the gameplay is about a 30 minutes long.

Made by the DevRangers (with love) in Phaser for a 5-6 week game project for a class. The game was also invited to the 2018 Sammy Showcase!

NOTE: Clicking on the game in the titlescreen will launch it to fullscreen mode (but ONLY when you're at the title screen). It is recommended to play through a NMD route in one sitting. If you go to a different tab during the game and come back, you might lose the ability to make inputs to the game. If that happens, try clicking on the small grey borders around the game window (remember you can only access fullscreen mode during the titlescreen). 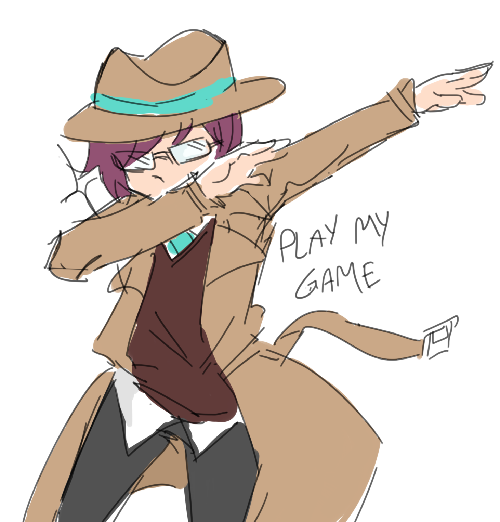 ANOTHER NOTE: This is a work of fiction. Any names, characters, and incidents are either products of the creators' imagination or are used fictitiously. Any resemblance to actual events and whatnot are entirely coincidental. We have approximately 0% knowledge of how actual detectives and police officers work and half the script was written in less than a week, please spare us.

I just found this game due to a friend, and you all did a really good job on it! Very good concept executed amazingly considering the time constraints. A funny bug I found was the fact that you can keep moving while the "sleep" animation is playing, and I personally would've loved a confirm menu before skipping text. (I accidentally skipped an ending so I had to replay the game)

That sounds like you found a bug! Can you let me know around which day did that start happening for you? (And also which cases did you finish?)

It started on Friday I assume since I had just hung out with Tai on Wednesday. I did the case of the Ring and the Raven in week one and finished it and had finished up the case with Ribbitter on week 2 and then the cutscene was the same as the one with Tai and it kept happening even on week 3 where I had chosen to check on Tai.

Reply
The GDWC2 years ago

I'd like to invite this game to our annual Game Development World Championship! I liked the entertaining story and the character designs. Overall, the presentation looks really good and the nice music fits in the background as well. The movement in the shoot 'em up sequence was a bit stiff, though.

I love this game but I can't beat it. Thanks for the laughs I loved playing this and reading all the dialogue but the bullet hell segments are hardcore.
Like imagine having a bullet hell segment in the middle of a visual novel? I don't need to imagine it cause I already played it and you already made it. Seriously thought this was pretty tight, thanks.

Hello! Thanks for playing and the comment! Yeah the bullet hell minigame can be pretty brutal especially for people who aren't too familiar with the game. Here's some suggestions!

- Hold SHIFT to go slower during heavier sections of the bullet hell game, that also allows you to see Locke's hitbox better

- Try not to get stuck in the corners of the game! It's hard to escape when that happens and you also end up wasting a lot of time since your bullets then no longer reach the boss.

- Start the Ribbitter case early! I think players on average take 4-5 days on the frog case so you're recommended to accept the case duuring the first week! (Crow case takes on average 2-3 days, but its also possible to finish it in 1)

- When the clones are spawned during the Ribbitter case, try to defeat the ones furthest away from the big boss first! That way you can prevent getting stuck in corners.

- The Ribbitter Case is really what stumps a lot of players, we gave unlimited time for the final route cases so once you can beat the darn frog, the game gets a lot easier!

- If you're sick of watching the same cutscenes over and over again, you can press ENTER to skip them!

I hope this helps!! I completely understand that the game might feel pretty hard though since this was created under a time restraint and we didn't have the time to balance it out (and a big shoutout to DevRanger Red for programming most of the AI in 2-3 days.) 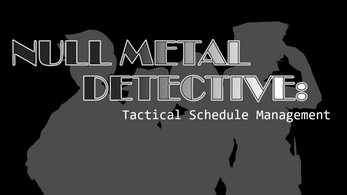 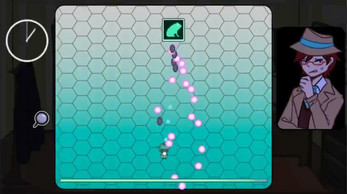 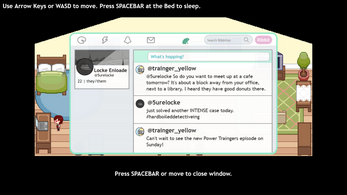